We hope to be back to normal game scheduling for the Fall 2021 BIHYSA season.  All dates are based on this assumption, but are subject to change if the county continues or changes the restrictions.

Wednesday, August 4th – Team reservations due for ALL age divisions

Wednesday, August 18th – Rosters due for 8U to 14U Divisions

Saturday, November 6th – Final regular season games for 8U to 14U 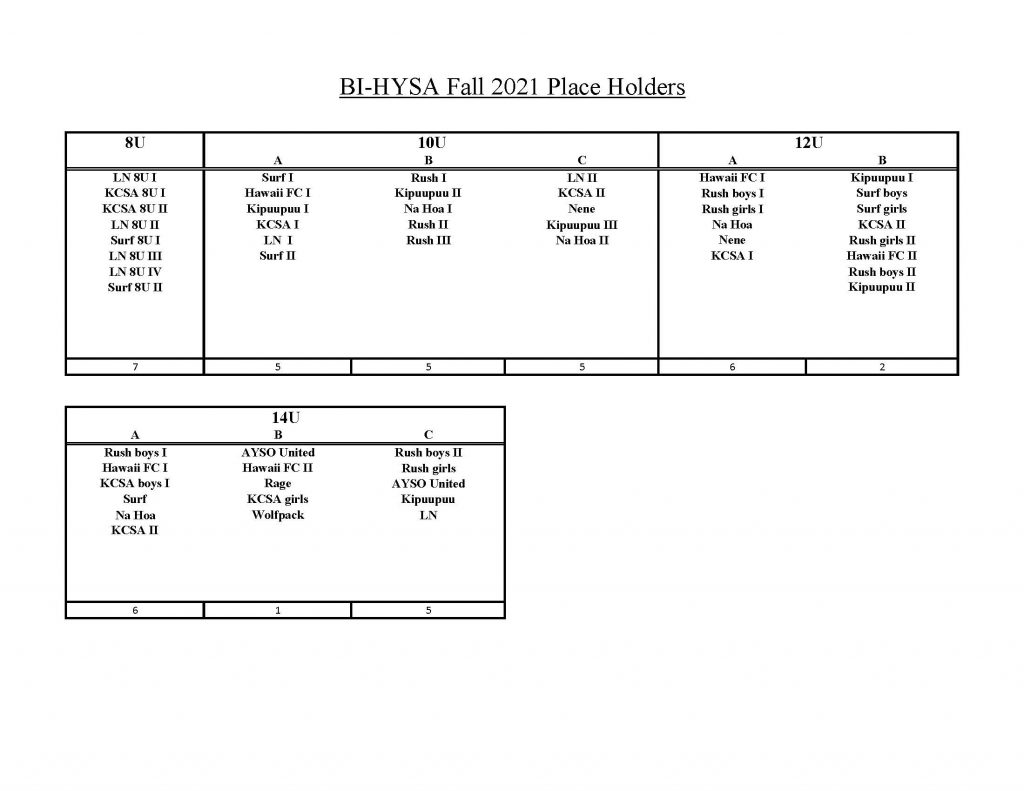 General guidelines for the season:

Our league has even number divisions for all age groups (ie. 8U, 10U, 12U, 14U, 16U and 19U).  Each division is coed up to 16U with teams placed based on developmental ability,  At 16U and 19U the divisions are separated based on gender.

Your player’s age group is determined by his/her BIRTH YEAR.  The determine what division your players are in, please take the later year of the season and subtract the birth year.  For example: For the 2018-19 year, you take the 19 and subtract the birth year.  BIHYSA only has even number divisions.  So if the number is odd your child will play at the next even number higher than number calculated.  For instance, a player born in 2008 will play in 12U because 19-8 (from 2008) is 11 and therefore 12U.

All division and flights will be scored to enable the placement of teams for playoffs in each division. Teams will be awarded 3 points for a win and 1 point for a tie. Forfeits will be scored as a 4-0 win for the non-forfeiting team. Tiebreakers are determined by first head to head competition then goals for (max of 4/game) and then goals against.

All teams who finish at the top of the B and C flights at the end of a season will receive a printed award stating that they were the regular season champions of their respective flights.